It came as little surprise that fans didn’t initially approve of the DTM’s move to a customer-focused, GT3-based formula back when it was first announced. After all, high-performance, technologically advanced silhouette race cars were what set the series apart in a crowded market of European-based touring car and sportscar racing championships, and losing them in favour of GT3 cars was never going to sit well with its fanbase.

But the fact remains that the DTM was far too reliant on manufacturers to remain sustainable in its previous form. While the likes of Audi, BMW and Mercedes spent millions of dollars in marketing the DTM every year, also constantly supplying top quality driver talent, the series was always at the mercy of their respective boards for continued support.

So when a major push towards electrification, among other factors, forced manufacturers to re-evaluate their motorsport programmes, the DTM was no longer as attractive as it had been, despite the series having laid out its own plans for hybridisation and eventually running electric motors. BMW was the only marque left after both Mercedes and Audi pulled the plug, with Audi’s decision to quit this time last year acting as the final nail in the coffin for Class One.

Promoter ITR envisioned a ‘new-new DTM’ following the manufacturer exodus, and this time it was keen on avoiding a repeat of the mistakes it made in its previous era. Primarily, it meant putting privateer teams at the centre of the DTM, taking the focus away from manufacturers. While it left the door open for manufacturer support, whether technical or financial, it stressed that teams would be responsible for raising the funding needed to go racing largely alone.

A switch of machinery was also made, with purpose-made Class One cars dropped in favour of the much more accessible GT3 ruleset. The original plan was to upgrade these cars to help the series stand out from other championships using the same regulations, but this idea was quietly shelved in the face of opposition from manufacturers unwilling to incur additional expenditure on them. 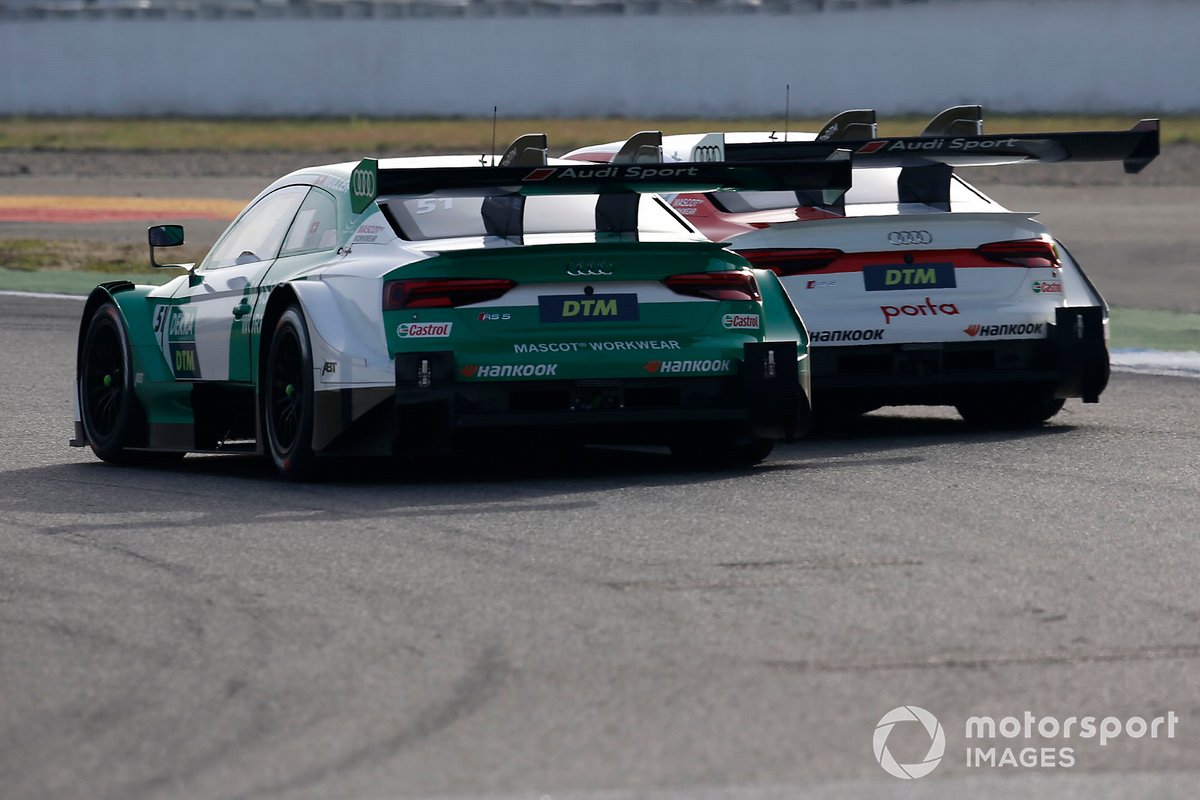 Of course, the combination of GT3 cars and privateer teams is commonplace in a host of other championships, so the sceptism surrounding the direction the DTM was taking was valid.

However, the calibre of drivers and teams, as well as some limited manufacturer backing continuing behind the scenes, shows how the DTM brand name still carries a certain prestige that the likes of GT World Challenge Europe or International GT Open simply do not.

The biggest coup for the category has arguably been the addition of Alex Albon in an AlphaTauri-liveried Ferrari 488 GT3 car run by AF Corse, to be shared with SUPER GT and Super Formula champion Nick Cassidy. Red Bull had previously enjoyed a decade-plus stint in the DTM as the chief sponsor of Mattias Ekstrom’s Audi and ITR chairman Gerhard Berger is believed to have personally convinced the energy drinks giant to return to the series.

But it doesn’t stop there. Of the previous Mercedes roster, two-time champion Gary Paffett, Daniel Juncadella and Lucas Auer are all back, while many of last year’s frontrunners will remain in the series (with the obvious exception of Rene Rast). That includes champions Mike Rockenfeller and Marco Wittmann, 2019 and ‘20 runner-up Nico Muller and race winners Timo Glock and Sheldon van der Linde. And that’s without mentioning a host of ‘GT3 specialists’ making their DTM debut like Kelvin van der Linde and Maximilian Gotz.

There is no shortage of top-quality squads either, with Abt and Team Rosberg joined by proven race-winning newcomers in Rowe Racing, GruppeM and Mucke Motorsport, among others.

Audi, BMW and Mercedes have all pledged support for the DTM’s GT3 era and the last-named is even believed to have put…

With the Vikings draft and most of the (likely) free agency moves completed, let’s take a look at how...

PHOENIX — This was the first time all pandemic season the Knicks played in front of a real, live,...

If one can point to one big trend across the 2021 MLB season, it would have to be the...

SAN JOSE – Josef Korenar stopped Phil Kessel on a breakaway in the third period of Friday’s game between...

The Neymar-contract soap opera at PSG appears to have reached its final chapter. According to French outlet L'Equipe, on...