After splitting in April after seven years of marriage Jay Cutler and Kristin Cavallari spent the Thanksgiving holiday apart despite sharing three kids together.

The former NFL player, 37, rang in the holiday with good pals Carrie Underwood and her husband Mike Fisher deep frying a turkey and playing Uno, whereas Kristin, 33, spent it with good pal Justin Anderson where they did a wine-fueled Q+A on social media.

The estranged couple seemed to march to the tune of their own drum on Turkey day as they celebrated with close friends at respective homes in Tennessee. 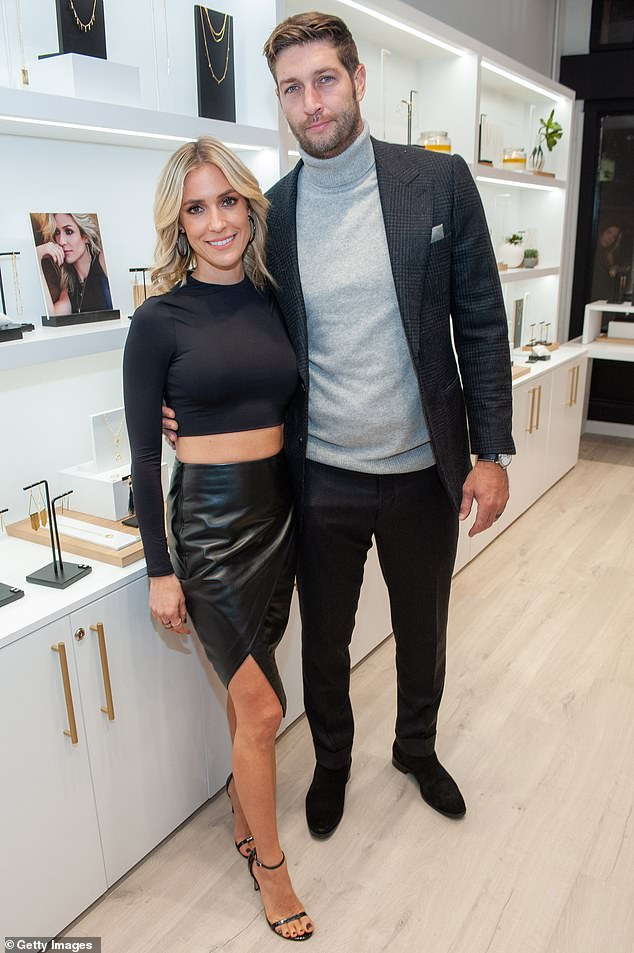 New traditions: Jay Cutler, 37, and estranged wife Kristin Cavallari, 33, spent the Thanksgiving holiday apart as Cutler celebrated with good pal Carrie Underwood and her family whereas Kristin rung in the holiday with friends and did a wine-fueled Q+A; pictured 2019

Cutler was quick to show off their deep fried bird as he gushed over Underwood’s expansive spread of food on social media.

‘We had it all. And when I say we, I mean Carrie Underwood and Mike Fisher. I watched a large turkey cook in a vat of oil. Carrie and Mike had enough for 20 people. Hope everyone had a great Turkey day,’ he wrote.

The spread included stuffing, mac n cheese, loads of vegetables, cranberry sauce and desserts as the pals leaned into a southern style turkey that was crisp brown. 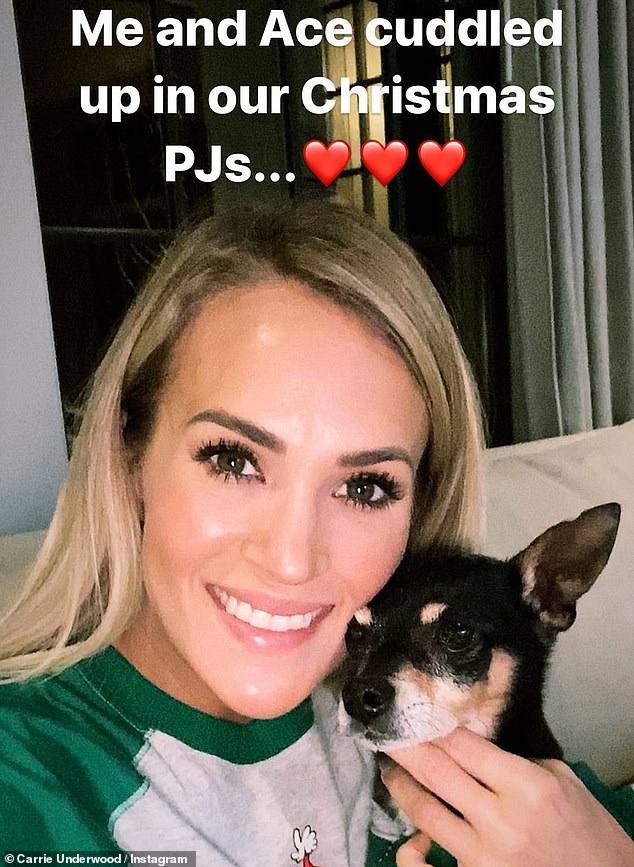 Hostess: Underwood and husband Mike Fisher had Jay over for the holiday as they deep fried a turkey with Cutler sharing the couple had cooked enough for 20 people 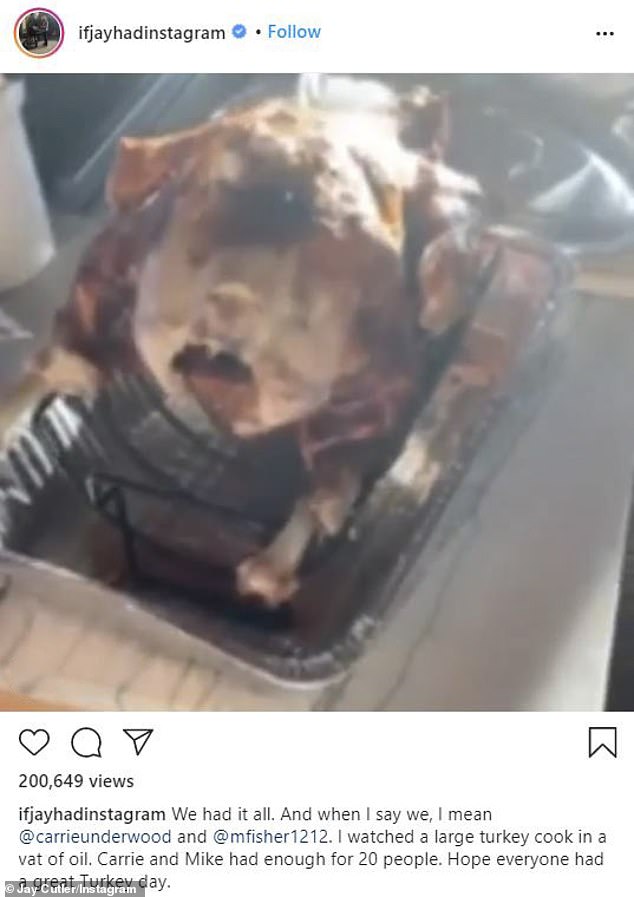 Grateful: Taking to Underwood’s house for the holiday the former NFL player could not stop marveling at all the food she prepared 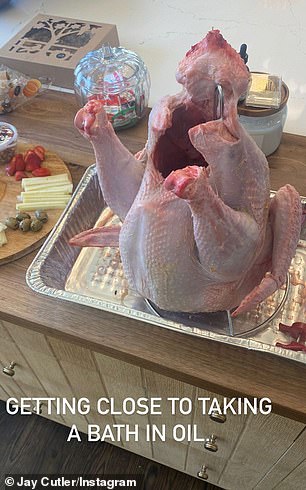 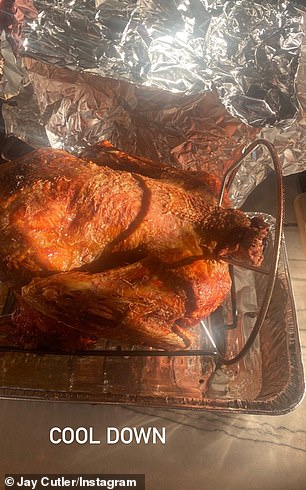 Turkey Day: Cutler seemed at ease to be in the presence of good friends with an overwhelming spread 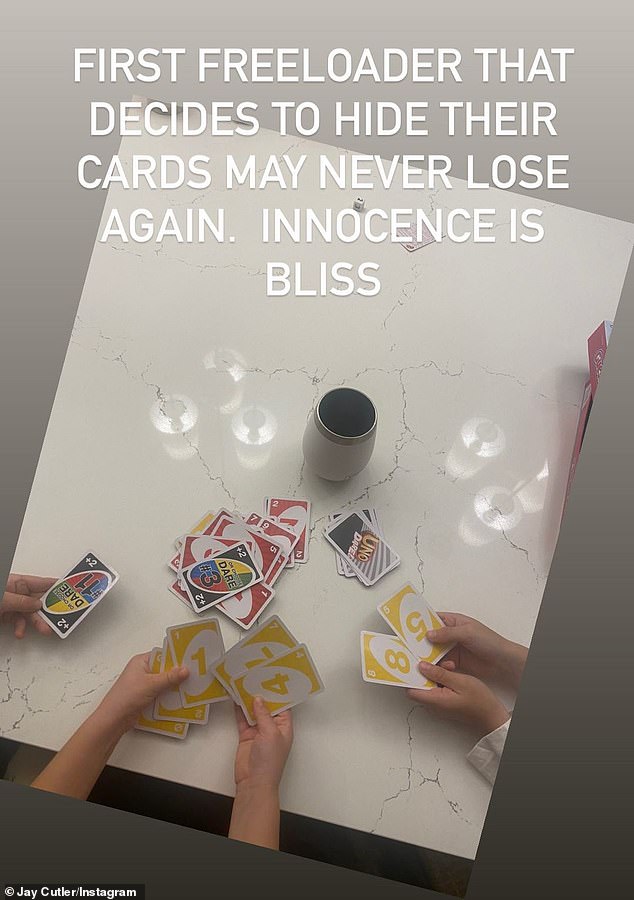 Fun and games: Cutler showed a photo of kids hands as they played Uno as he seemingly celebrated with the former pairs three children

Sharing a photo of tiny hands playing Uno it appeared that Cutler had a more traditionally wholesome Thanksgiving while Kristin and her friend Justin treated fans to a drunk Q+A on social media.

After the ‘kids were asleep,’ – Camden, eight, Jaxon, six, and Saylor, five – the longtime pals had some fun on Instagram.

She said she was thankful for her friend as well as ‘cute pillows,’ before they answered some fan questions.

Spilling some tea, the playfully lubricated Laguna Beach star and her pal addressed everything from her rumored new man Jeff Dye to a game of F***/Marry/Kill with her former castmates. 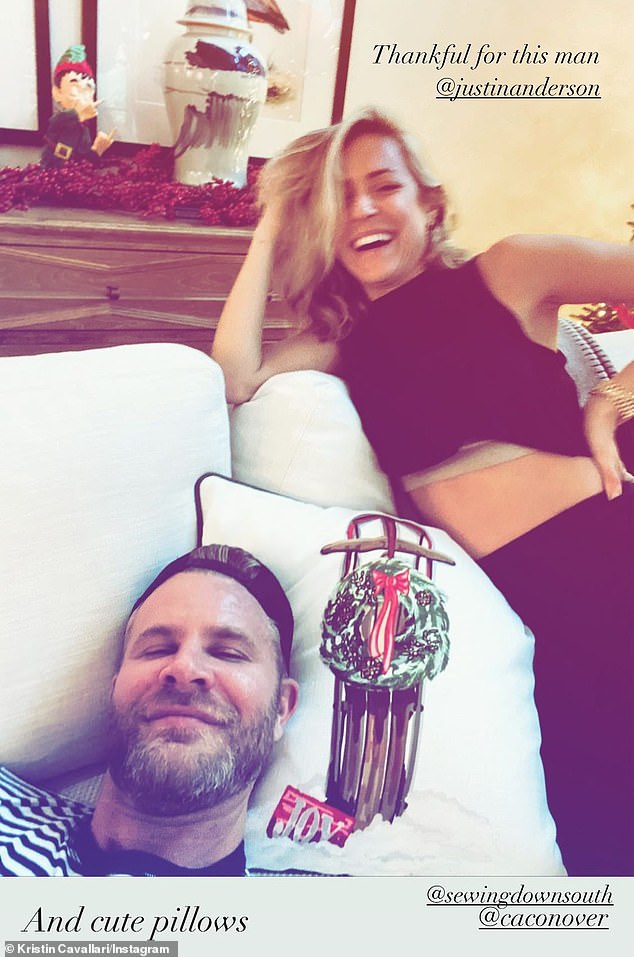 Thankful: Cavallari was thankful for her dear friend as well as ‘cute pillows,’ as she shared a selfie on Instagram 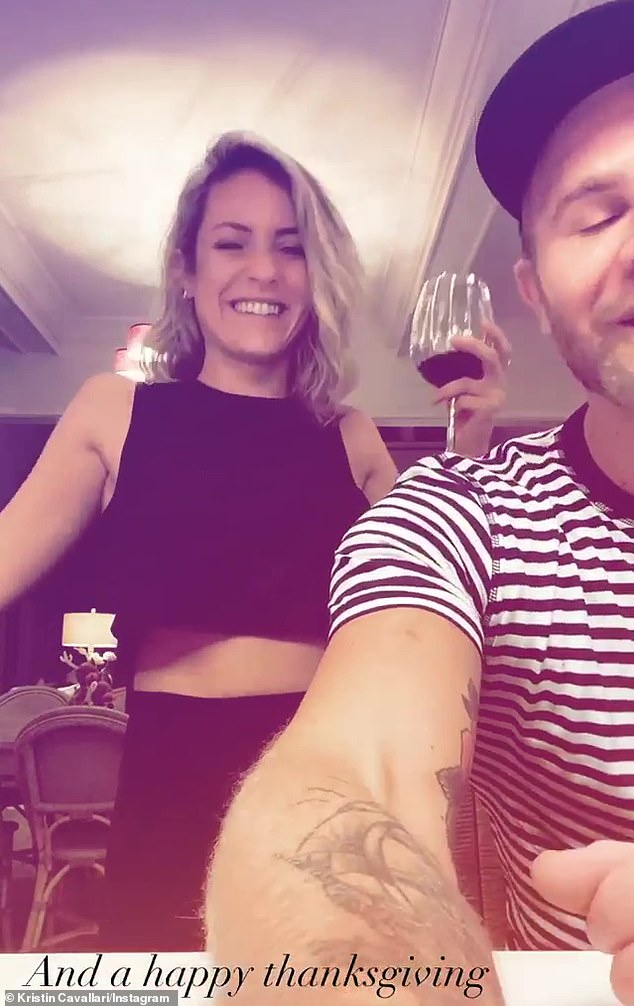 Turn up: Cavallari and her pal answered fan questions on social media as they sipped on wine

Not holding back after some liquid courage Cavallari and her longtime friend spoke indulged in some playful subjects.

When asked who was the ‘best kisser,’ Kristin whispered that her former castmate and ex-boyfriend Stephen Colletti took the cake – assumably to Cutler’s dismay – as they tagged him in the story.

She then continued to pour the love on Stephen as they played F***/Marry/Kill with her castmates as she said she would marry Colletti, f*** Brody and kill Justin Bobby on account of not having spoken to him in a while. 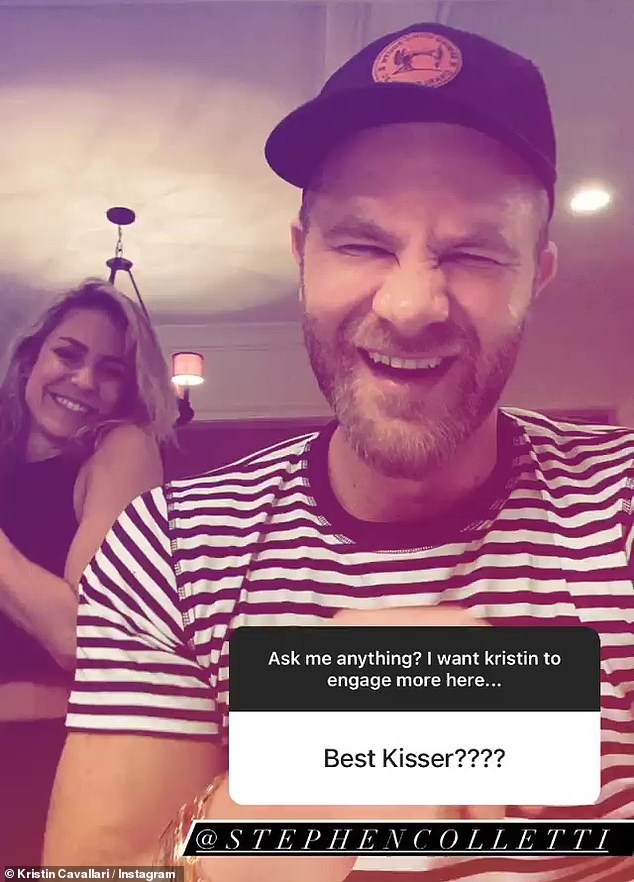 Burn: Kristin shared that the best kisser was ex-boyfriend and Laguna Beach star Stephen Colletti as she whispered her answer before they tagged him on Instagram 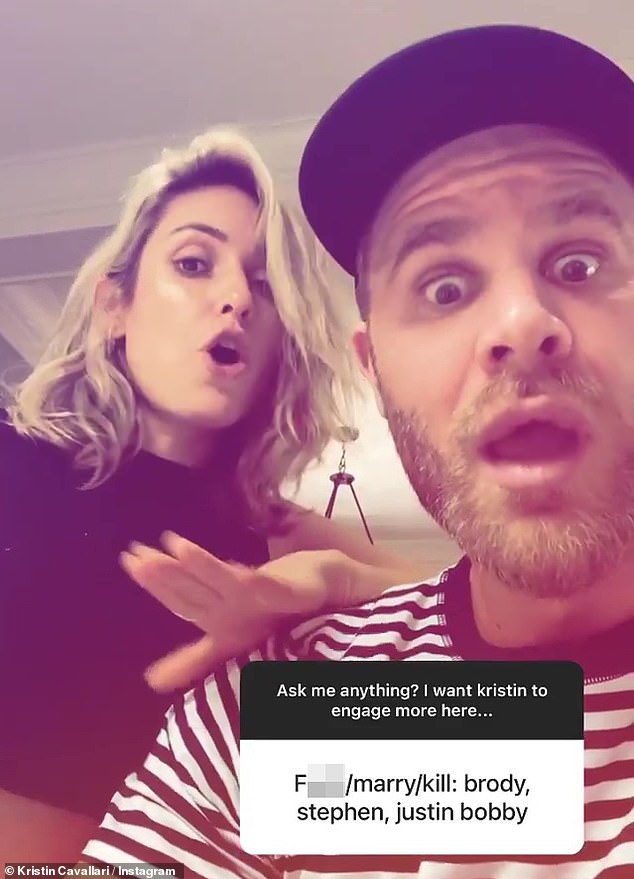 Taking sides: She continued to shower Colletti with love as she said she would ‘marry’ him in the game 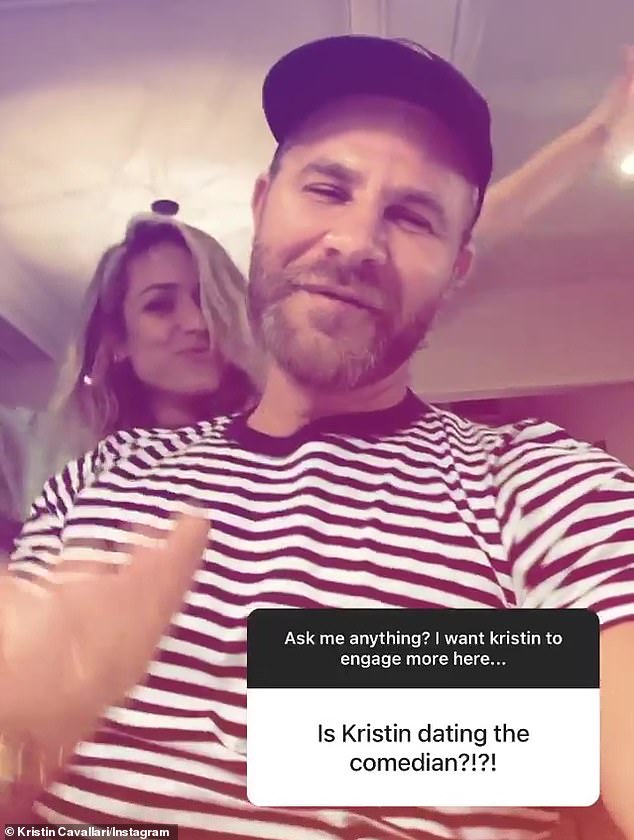 Spilling tea: Despite evading any information on Kristin’s rumored new beau comedian Jeff Dye the pair giggled over the question and had some fun 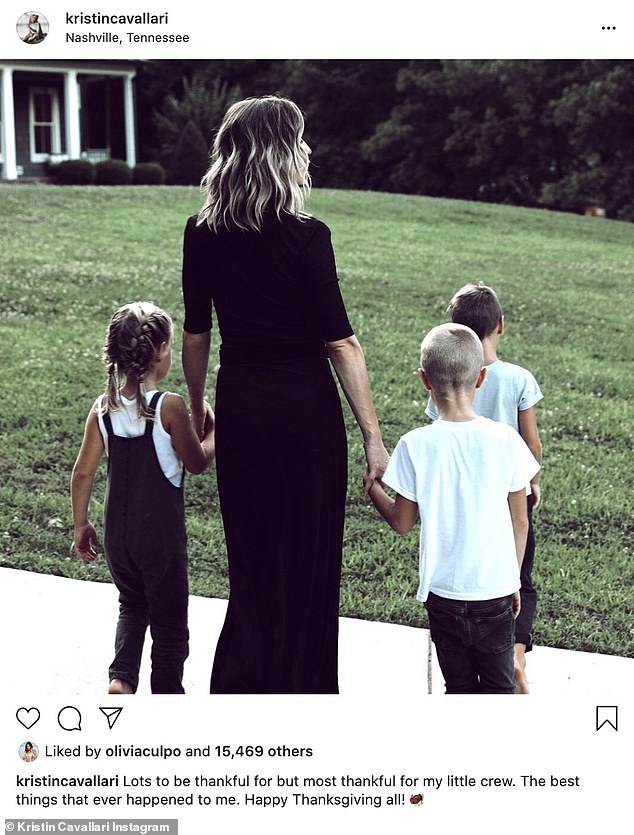 Blessed: Kristin shared this snap of her with her kids on Thursday

Fans were quick to dive into Kristin’s new relationship with Dye who is a comedian though they skirted around the question as Justin spoke about himself as ‘the comedian,’ while Kristin giggled in the…

The Tampa Bay Buccaneers defeated the Green Bay Packers in the NFC Championship game on Sunday, 31 to 26,...

The Kansas City Chiefs are going back to the Super Bowl. Josh Allen and the Buffalo Bills led first...

MILWAUKEE (AP) Giannis Antetokounmpo had 27 points and 14 rebounds and the Milwaukee Bucks beat the Atlanta Hawks 129-115...

MLB postseason droughts that could end in 2021

Last year, thanks in part to the new playoff format, three of the five teams who had gone the...

Tottenham manager Jose Mourinho has said he would be against any decision to give COVID-19 vaccinations to Premier League...