The excitement surrounding the arrival of Bears rookie quarterback Justin Fields to Chicago has been nothing short of extraordinary. There’s a new hope with this franchise now that Fields is on the roster, as evidenced by his standing ovation during Friday’s Cubs game.

While we’ve gotten several looks at Fields donning that orange practice jersey and Bears helmet during offseason workouts, fans are getting a first look at their new franchise quarterback wearing that navy No. 1 jersey that has started shipping to fans everywhere.

The first image of Fields sporting a Bears jersey — which isn’t photoshopped — was shared by the Bears’ Twitter account. Monday was the team’s media day, which consisted of some promo shots and videos of players ahead of the 2021 season, including the highly-anticipated debut of Fields.

Justin Fields in his Bears uniform and No. 1 jersey (via @ChicagoBears) pic.twitter.com/FmSIPFnKHD

Here’s a look at the new promo shots that the Bears shared via their Twitter account, which also include first looks at quarterback Andy Dalton, offensive tackle Teven Jenkins and running back Damien Williams.

It seems like the whole gang is at Halas Hall ahead of Tuesday’s mandatory minicamp, which runs through Thursday. That includes wide receiver Allen Robinson, who is expected to report to minicamp Tuesday after failing to show up to voluntary OTAs.

Here’s what Bears coaches, players have said about Justin Fields 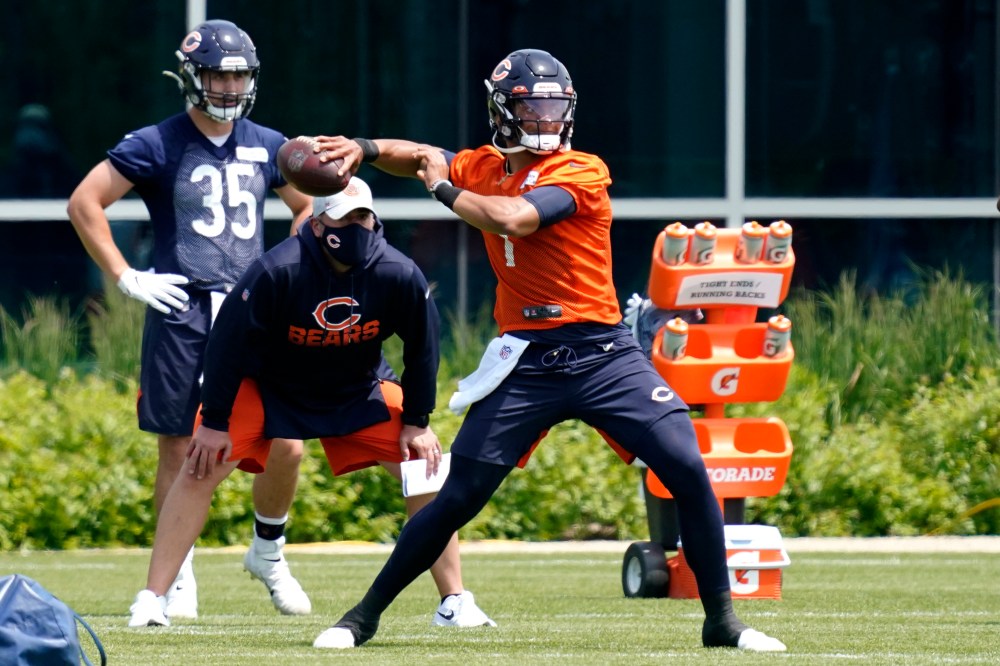 Getty Images Friday was a crazy day for the Chicago White Sox. They ended up winning, 6-4, but as...

This Injury Nothing But A Piece Of Cake

OXNARD, Calif. – Compared to what Dak Prescott went through last year, this arm/shoulder muscle issue to him must...

Ultimate Highlight: 2021 NBA DraftFrom hearing their name called to shaking the commissioner's hand, relive some of the best...

By the time the trade deadline passed at 4:00 PM ET on Friday, the Washington Nationals had traded away...

DiMarzio: Romero to Tottenham in jeopardy after Atalanta talks break down

Did you think there wouldn’t be any more drama in the ongoing transfer saga between Tottenham Hotspur and Atalanta...

Michigan family believes their home was a hate crime target

The Latest on Trump vs Biden: Live Tracker