The white media missed the significance of Jackie Robinson — The Undefeated


Excerpted from 42 Today: Jackie Robinson and His Legacy.

Hector Racine, president of the Montreal Royals, the Brooklyn Dodgers’ AAA team, told a packed conference room on October 23, 1945, that the team had signed Jackie Robinson of the Kansas City Monarchs of the Negro Leagues. Camera bulbs flashed and reporters moved quickly to the front of the room, where Racine and Robinson were sitting, while others rushed to call their newspapers and radio stations.

Racine told the reporters that his team had signed Robinson because he was “a good ballplayer,” and because it was a “point of fairness.” Blacks, Racine said, had earned their right to play in the national pastime by fighting — and in some cases dying — for their country during World War II. Robinson’s roster spot was not guaranteed. He would have to earn his Montreal uniform during spring training in Florida, Racine said. When reporters asked Robinson for a comment, he described himself as a “guinea pig in baseball’s racial experiment.”

To the black press and its readers, the announcement signaled the beginning of what they hoped would be a new day for fairness and equality. White sportswriters wondered what all the fuss was about. Black sportswriters, who condemned bigotry and, in many cases, fought for the integration of baseball, gave the story context so their readers could appreciate its significance and connect it to the larger issue of racial discrimination in society. White sportswriters kept their distance and said little beyond what Racine and Brooklyn Dodgers president Branch Rickey told them.

The newspaper coverage of Robinson’s signing helped shape his legacy in the media in the more than seven decades that have followed.

To black America, Robinson changed what it was like to be a black American. He was a hero who was willing to sacrifice his life for the cause of racial equality and equal justice. Robinson was a larger-than-life civil rights leader, a “sit-inner before the sit-ins and a freedom rider before the Freedom Rides,” as Martin Luther King Jr. described him. 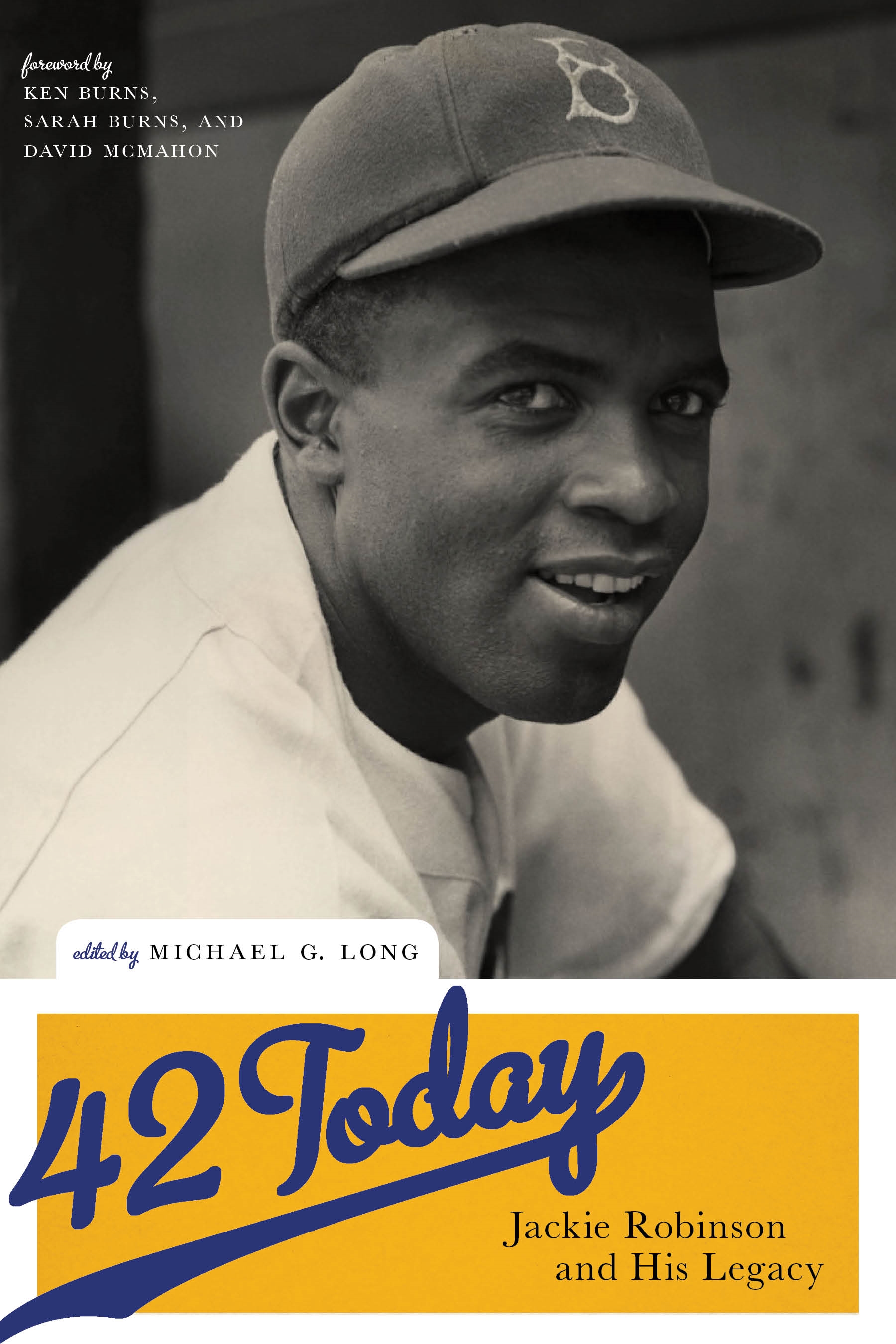 To white America, Robinson was a black baseball player.

Sid Feder of the Associated Press reported within hours of the announcement that Robinson had been a star athlete at UCLA and that his signing had come after a three-year, $25,000 search by Rickey. Feder incorrectly reported that Robinson was the first black player in what was called “organized baseball.” In fact, dozens had played in organized baseball at the end of the nineteenth century, including a few in the major leagues, until team owners agreed to prohibit black players.

In a story the next day, AP reporter Jack Hand asked Rickey, who had not been at the press conference, if his decision to sign Robinson had been influenced by politics. Rickey was emphatic in his denial. “No pressure groups had anything to do with it,” Rickey said. “In fact, I signed him in spite of such groups rather than because of them.”

This statement was repeated in stories throughout the country.

But it was not true.

Rickey co-opted the integration story, ignoring the contributions of black and communist sportswriters and progressive politicians who had demanded and agitated for the integration of baseball for more than a decade. White sportswriters and columnists accepted what Rickey told them and passed this version on to their readers, leaving them to believe that it had been Rickey — and only Rickey — who ended segregated baseball.

Baseball could not have maintained the color line as long as it did without the aid and comfort of white mainstream sportswriters, who participated in what sportswriter Joe Bostic of Harlem’s People’s Voice called a “conspiracy of silence” with team owners to keep baseball segregated. The Baseball Writers’ Association of America, like team owners, had a color line. It excluded blacks from membership. Without a press card, black sportswriters were prohibited…

Read More: The white media missed the significance of Jackie Robinson — The Undefeated

Russell Wilson would be ‘iconic’ with Chicago Bears

Chicago Bears fans have been having some fun with the thought of the franchise acquiring star quarterback Russell Wilson...

Jerry Stackhouse on Celtics rookie Aaron Nesmith: ‘Once he gets it, look out’

When Aaron Nesmith was selected with the 14th overall pick in the 2020 NBA Draft, many considered the sharpshooter to...

TAMPA — If you’re going to Steinbrenner Field Sunday — or pretty much any major league game for the...

It would appear that the B's think they need reinforcements on the blue line after two blowout losses. The...

Should Donald Trump be allowed to hold office again? Texas voters are split.

Mysterious stripes spotted over Russia in satellite images — and NASA is