World running out of time to tackle climate crisis, 2021 must be year of action: UN

‘We are on the verge of the abyss,’ said UN chief Antonio Guterres.’This is truly a pivotal year for humanity’s future.’ 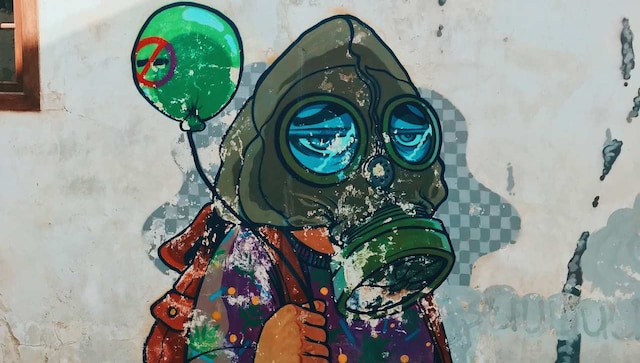 Earth’s surface today is 1.2C hotter than it was in the mid-19th century when temperatures began to rise.

2021 must be the year of action for protecting people against the “disastrous” effects of climate change, the United Nations said on Monday ahead of a crucial US-convened summit. Time is fast running out to tackle the climate crisis, the UN warned, with the COVID-19

pandemic having failed to put the brakes on “relentless” climate change. The call comes alongside a major report ahead of US President Joe Biden’s climate summit beginning Thursday. Forty world leaders have been invited to attend Biden’s virtual talks aimed at galvanising efforts by the major economies to tackle the climate crisis.

“We are on the verge of the abyss,” UN Secretary-General Antonio Guterres told a press conference as he unveiled the State of the Global Climate 2020 report by the UN’s World Meteorological Organization (WMO).

“This is truly a pivotal year for humanity’s future. And this report shows we have no time to waste, climate disruption is here,” Guterres said, as he urged countries to “end our war on nature.”

The report described 2020 as one of the hottest years on record, while greenhouse gas concentrations increased despite the pandemic-related economic slowdown.

“This is the year for action. Countries need to commit to net zero emissions by 2050,” the UN chief said. “They need to act now to protect people against the disastrous effects of climate change.”

The 2015 Paris Agreement on climate change calls for capping global warming at well below two degrees Celsius above the pre-industrial level, while countries will pursue efforts to limit the increase to 1.5 C.

The WMO believes there is at least a one in five chance of the average global temperature temporarily exceeding the 1.5 C mark by 2024.

The Paris goals will figure prominently at Biden’s summit, which young Swedish environmental activist Greta Thunberg sees as an opportunity to help “change our mindsets” to get more serious about climate change.

“As long as we are not actually treating the crisis like a crisis, of course we won’t be able to achieve any major changes,” Thunberg told a World Health Organization event.

It also highlights impacts on socio-economic development, migration and displacement and food security.

Stabilising global mean temperature at 1.5 to 2 Celsius above pre-industrial levels by the end of this century “will require an ambitious reduction of greenhouse gas emissions, which must begin to occur during this decade.”

Falling short is not an option, Taalas warned: “If we fail with climate mitigation, we will see dramatic impacts which would last for centuries.”

The report said concentrations of the major greenhouse gases — carbon dioxide, methane and nitrous oxide — continued to increase despite the temporary reduction in emissions in 2020 related to the

Read More: World running out of time to tackle climate crisis, 2021 must be year of action: UN

Security guards stand at the gates of what is officially known as a vocational skills education center in Huocheng...

Why the Taiwan Covid model works

Written by Shih-chung Chen The threat that emerging infectious diseases pose to global health and economy never ceases. As...

Latin American countries are increasingly looking to space to speed their development. Nicaragua is one of the poorest nations...

While much of the focus has remained on the efforts of the Organisation for Economic Cooperation and Development (OECD)...

Mustafa Sanalla receives Mr. Jan Kubis, Special Envoy of the UN Secretary-General to Libya and they discuss the impact of the lack of budgets and the conditions of workers in the sector

Mr. Mustafa Sanalla, Chairman of the Board of Directors of the National Oil Corporation (NOC), received on Sunday, May...